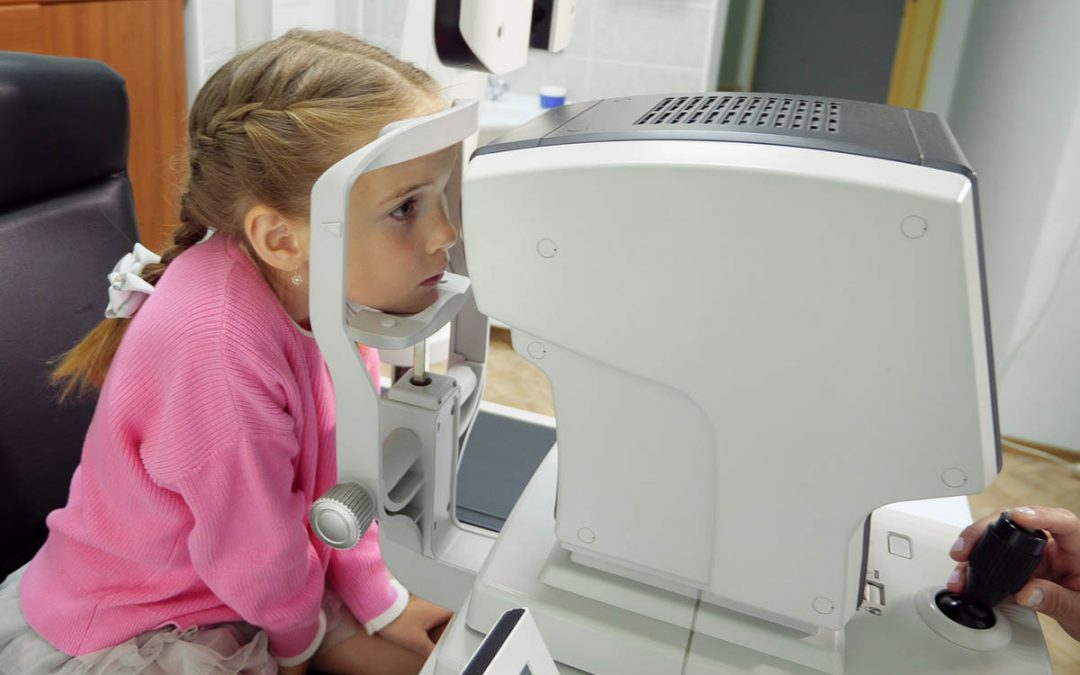 Childhood glaucoma is a disease associated with increased eye pressure resulting in optic nerve damage. From the name itself, this condition occurs in babies and young children and are usually categorized into different types depending on the age of onset.

Know more about the different types of childhood glaucoma, its associated risk factors, diagnostic procedures and available treatment options in the following sections.

Oftentimes, the type of childhood glaucoma can be based on the child’s age. These types include:

In addition to age, the abnormality of eye structure and related medical conditions provide a more appropriate way to determine the type of glaucoma.

The three most common symptoms of childhood glaucoma are abnormally enlarged eyes, increased sensitivity to light and corneal cloudiness. In some cases, secondary glaucoma can develop and can be influenced by numerous factors.

What is Secondary Glaucoma?

Secondary glaucoma is a medical condition where the glaucoma is associated with a secondary cause like certain types of disease and disorders.

Certain eye disorders that occurred during childhood can cause secondary glaucoma. For instance, children who have had the following conditions are at higher risk to developing glaucoma as they age:

A child with a history of eye trauma can also develop glaucoma during his/her childhood. However, in some cases, glaucoma does not manifest until the child reaches a certain age. This is why doctors recommend regular eye screening for children who have experienced eye trauma in their childhood for early detection of secondary glaucoma.

Even though glaucoma is widely known as a disease occurring in adults, children at a very young age can be very vulnerable to developing this condition. To prevent irreparable damage later in life, early detection of childhood glaucoma is key.

In this light, for the remaining sections, this article will focus on the type of glaucoma present at birth which is medically known as primary congenital glaucoma.

What is Primary Congenital Glaucoma?

Primary congenital glaucoma is a relatively rare disease (1 in 10,000) manifested at birth. When the paediatrician or the parents observe eye abnormalities on newborn babies, these affected infants are promptly referred to be screened by an ophthalmologist.

Prominent eye abnormalities may include:

In the case where there is a chance of primary congenital glaucoma, an examination under anaesthesia is done along with relevant surgeries. Unlike adult glaucoma where eye drops or laser treatments are considered for first-line treatments, primary congenital glaucoma is generally considered a disease and requires early surgery. As the baby is undergoing the examination, surgery is also performed to avoid having the baby endure the anaesthesia twice.

For the diagnosis of primary congenital glaucoma, the ophthalmologist does the following:

When the child gets older, these examinations are done in the clinic instead of the operating room and are done similarly to adult examinations. At this stage, diagnostic procedures include the use of visual field tests and optic nerve imaging.

Several types of surgeries may be performed for primary congenital glaucoma. Those include:

Goniotomy is a surgical procedure done to open an eye’s drainage systems. This is done via the use of a special lens called a goniolens to be able to see the structures on the front of the eye or anterior chamber. A small hole is then made in the trabecular meshwork, which is the group of small canals located in the drainage angle. This then allows fluid to leave the eye.

Tube-shunt surgery is performed to help lower eye pressure and is done by inserting a tube in the front of the eye.

Both goniotomy and trabeculectomy surgeries are done to open the eye’s drainage systems and have shown success in the treatment of primary congenital glaucoma. Trabeculectomy and Tube-shunt surgery are also performed on adults with glaucoma and are performed to lower eye pressure.

Although surgeries for primary congenital glaucoma have shown to be very successful, the child will need routine checkups as the eye pressure may start to increase over time. To get the eye pressure under control, multiple examinations and procedures are needed to be done.

Eye drops are still prescribed even for highly successful surgeries to keep the eye pressure optimal. There is also a chance for the child to develop nearsightedness due to the larger eyeball size and will need glasses. Some children also develop amblyopia (lazy eye) or strabismus (crossed eyes)  which will impair their vision and require further treatment from a pediatric ophthalmologist.

General awareness of glaucoma and other conditions is vital. Based on numerous reports and studies, children who developed glaucoma can lead healthy and fulfilling lives. However, because glaucoma can start to manifest early in life, significant (sometimes permanent) vision damage can be expected as the child grows older.

While lost vision cannot be regained, the remaining vision of each child can be optimized and maximized with the help of the child’s doctor and the support of the parents and the child’s community.