Macular Hole – What is It, Causes and Treatment Options 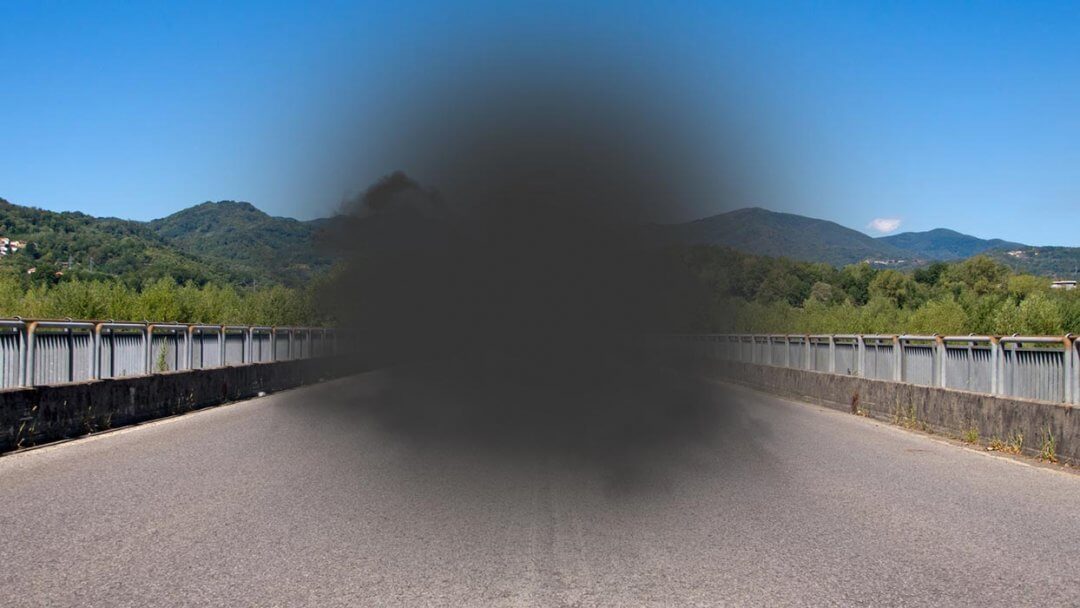 Eyes are complex and uniquely vulnerable organs. Even minor eye conditions like astigmatism can be unsettling, and major problems can be downright frightening. Especially when they carry names like “macular holes”.

As we age, the risk increases of holes developing in the macula, the small area in the centre of the retina responsible for seeing colours. Most of the retina contains cells called rods, which sense black and white and are largely responsible for sensing motion, and for peripheral vision. The macula contains cells called cones, which sense colour. Because the macula is located directly behind the pupil, it receives the most intensely focused light entering the eye.

The macula is subject to a wide range of problems, particularly after retirement age. These include tears, cysts, and macular degeneration, which are distinct from macular holes. Each of these conditions presents itself somewhat differently to sufferers. Macular holes usually appear suddenly and present themselves as an abrupt diminishment of vision in the affected eye. 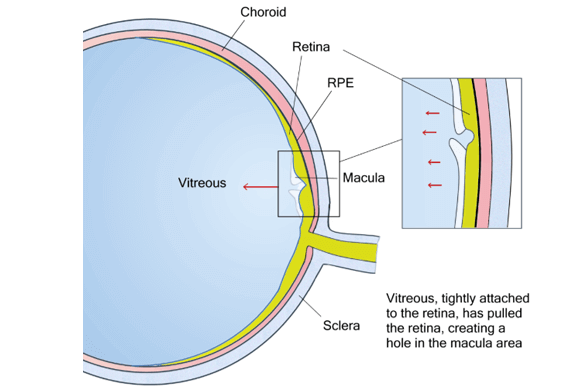 Macular holes can be caused by a wide range of external and internal issues, including:

Most of these factors are either related to other, more pressing issues, such as diabetes or retinal detachment; in these cases, macular holes can be addressed as part of a broader treatment for the underlying condition. Others, like injury, are unforeseeable.

Loss of vitreous humor, though, is a special case that demands a bit more explanation.

Vitreous humor is a clear, viscous liquid that fills the eyeball and gives it its overall shape. Rather than resting freely in the eye, the vitreous humor is anchored to the retina by tethers of fibrous cells. Over time, the overall volume of vitreous humor naturally decreases, placing pressure on its connection with the retina.

In healthy eyes, some of the fibres anchoring the vitreous humor to the retina fall away as the vitreous decreases. When they stay put, the vitreous humor can tug at the retina; when they remain attached to the macula, they can gather closely enough to exert undue pressure on the underlying tissue. In each of these cases, whether by pulling or puncturing, small holes often appear in the macula.

How do macular holes progress? 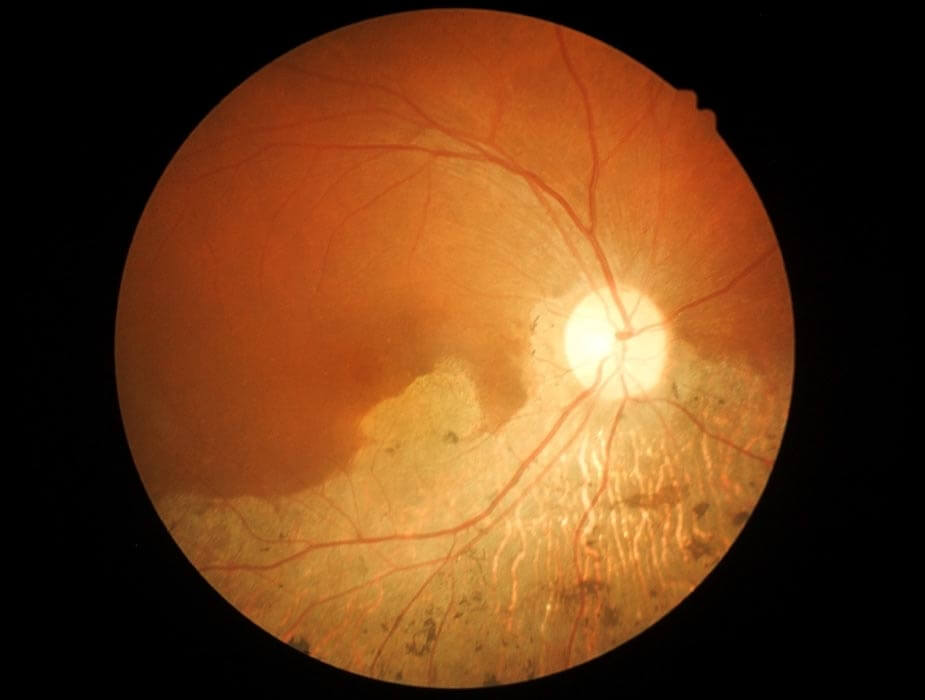 When macular holes appear, the body covers them with a thin, clear liquid; this causes blurred vision. Over time, symptoms progressively worsen.

Macular holes often begin as foveal detachments. The fovea lies at the very centre of the macula and is responsible for the eye’s very sharpest vision. Disruptions to the fovea are noticeable but often subtle enough to be confused for milder conditions such as myopia. Without treatment, around half of foveal detachments worsen into partial-thickness holes.

What can be done for macular holes?

Macular holes nearly always require surgery. The most common approach is vitrectomy, which involves replacing the vitreous humor itself with a combination of air and other gasses. This restores the eye’s normal internal pressure, which had dropped when the volume of vitreous humor declined. This normal pressure appears on the edges of the macular hole as extra pressure—after all, the hole isn’t supposed to be there—and encourages it to close.

While the gas bubble helps the macular hole to heal, the body replaces the lost vitreous humor with new fluid. Eventually, the gas bubble is safely absorbed and disposed of by the body, and the eye is filled to its normal pressure.

Vitrectomy can lead to some significant but much-more-easily-treatable conditions such as cataracts. Because the pressure exerted on the retina can change abruptly during vitrectomy, detached retinas very occasionally occur.

The surgery requires some special aftercare. Patients must spend weeks facing downward, to allow the gas bubble to float where it needs to be, directly on the macula. As the gas is replaced by new fluid, patients are advised not to expose themselves to significant changes in altitude, since rapid expansions or contractions of the remaining gas can be problematic.

Patients who have successfully treated macular holes in one eye should remain vigilant: a macular hole in one eye implies a significantly higher risk of the same condition cropping up in its counterpart.